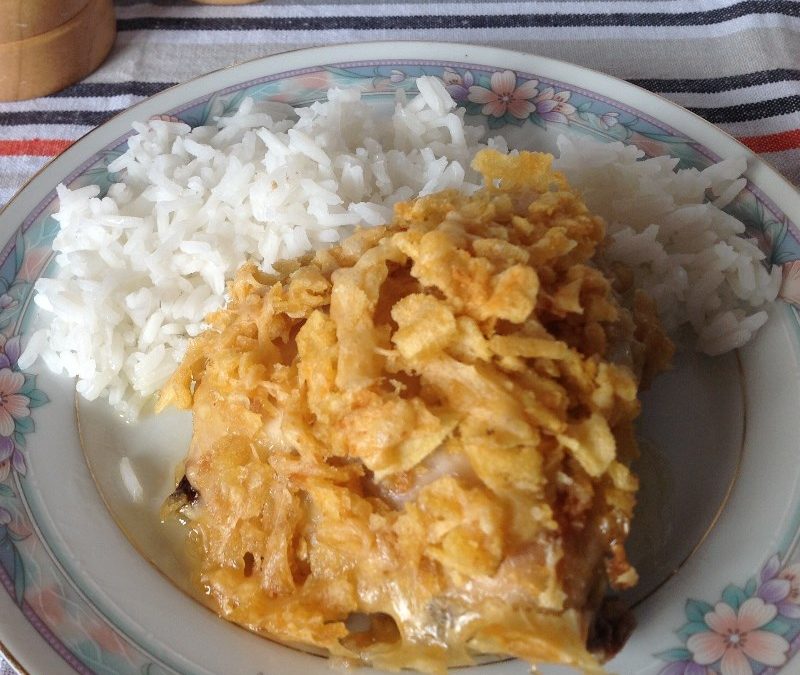 This Cheesy Chip Chicken Thighs recipe has lots of flavour and the potato chips gives it a nice crunch. A quick and easy dish. An ideal dish for when you come home tired from work. 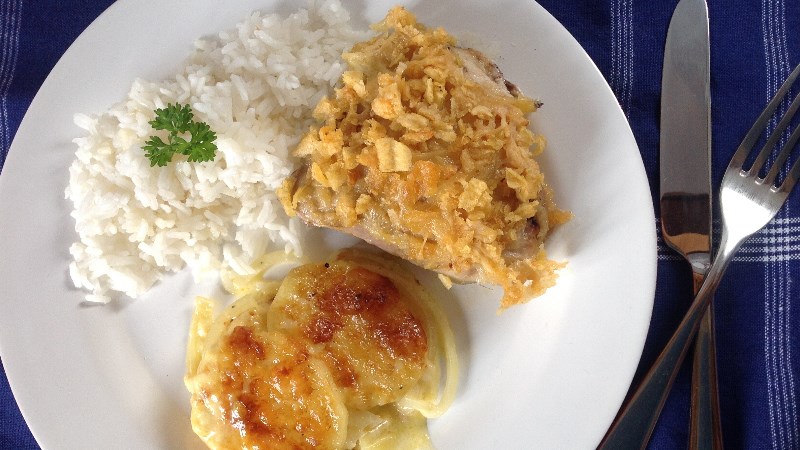 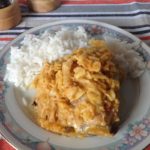 Potato chips are potatoes sliced very thin and deep fried in oil until crisp. It is then sprinkled with salt and spices to give it more flavour.

In 1954 the first flavoured chips were manufactured and sold in the United States. Murphy and his employee Seamus Burke were the first to produce seasoned chips: Salt and vinegar and Cheese and Onion. Old fashioned chips weren’t ready salted but came with a small bag of salt which the customer could sprinkle on according to taste.

It is in the 20th century that potato chips became mass produced for home consumption.

In 2005 the global potato chip market generated US $16.49 billion of total revenues.

Chips were first sold in tins or scooped out of store front glass bins. Now it is sold in foil bags with nitrogen gas blown into it to protect the chips from crushing and to prolong their shelf life.

Potato chips is one of the worlds most popular snacks. Americans alone spend $6 billion on potato chips per year.