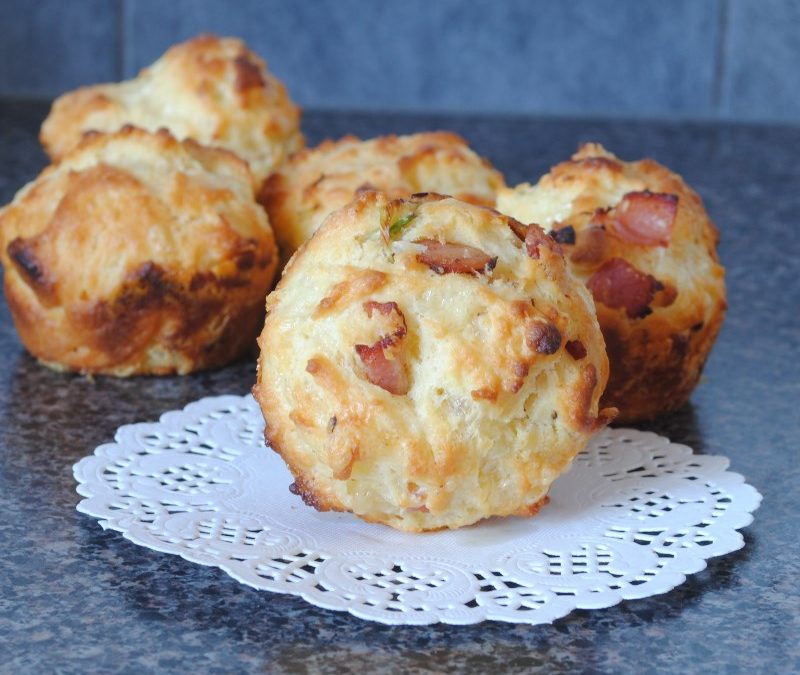 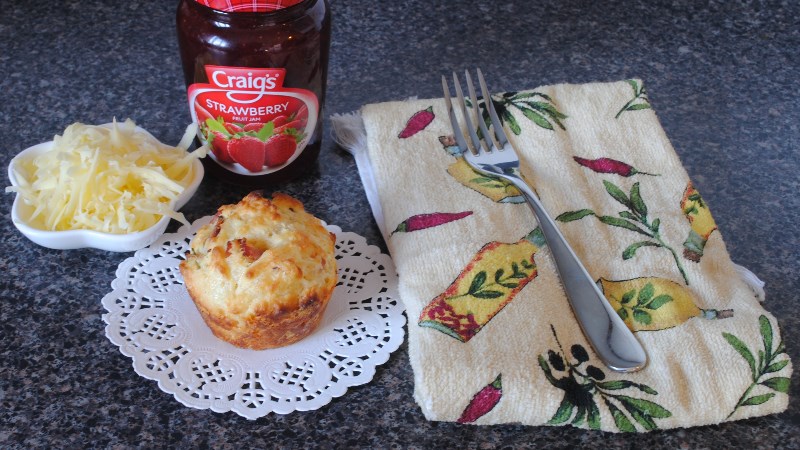 No-one can resist the smell of fried bacon and melting cheese.  Served straight from the oven these piping hot bacon and cheese muffin and is a great idea for a savory treat. 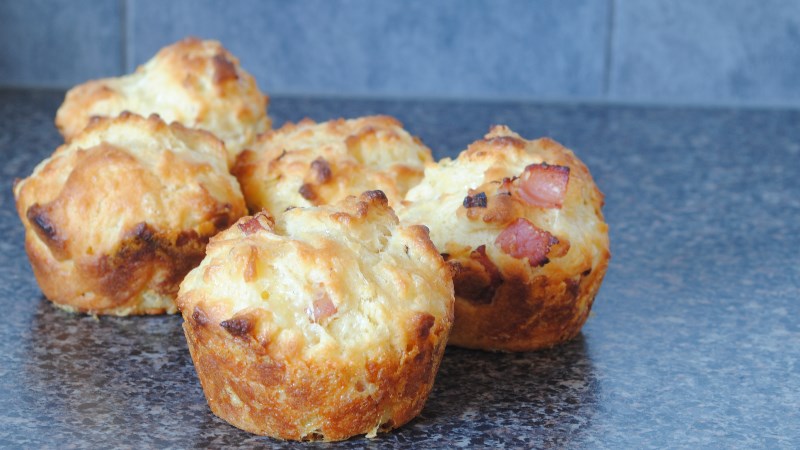 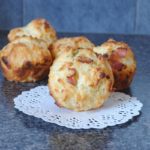 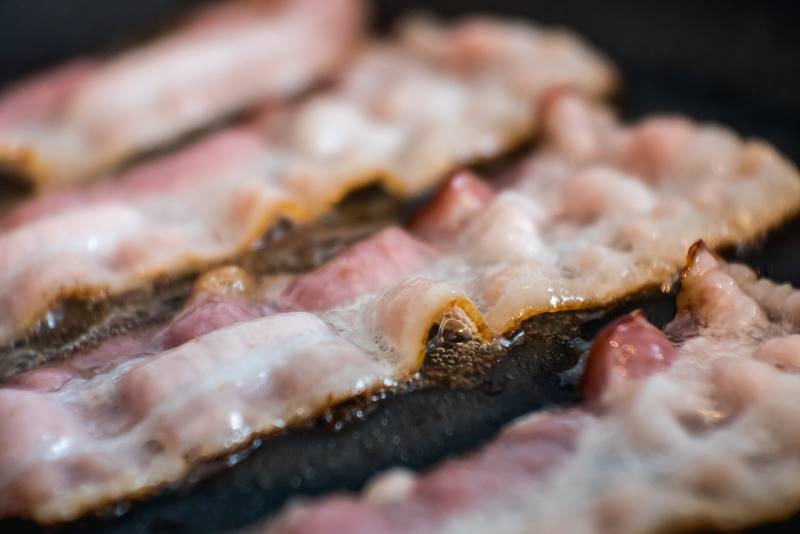 Bacon is a type of salt cured pork. It comes from the side, belly and back of the pig. It is usually cured and smoked. The fat of the bacon provides most of the flavour.There are other type of bacon on the market these days. They are made from different animals eg. Lamb and Buffalo. Lamb bacon is becoming very popular. It’s available in New York. Lamb bacon is made from the belly.
Bacon is usually considered a breakfast dish, cut into thin slices then grilled or fried. Bacon is also used in many other dishes eg muffins and quiches for flavour.
Bacon is usually bought sliced but can also be bought in a slab or flitch. Regular bacon vary in flavor depending on the bread of pig, its feed, how it’s cut and the curing method.
There are a variety of flavours available on the market including apple, maple and mesquite. Low fat and low sodium versions are also available for those on restricted diets. 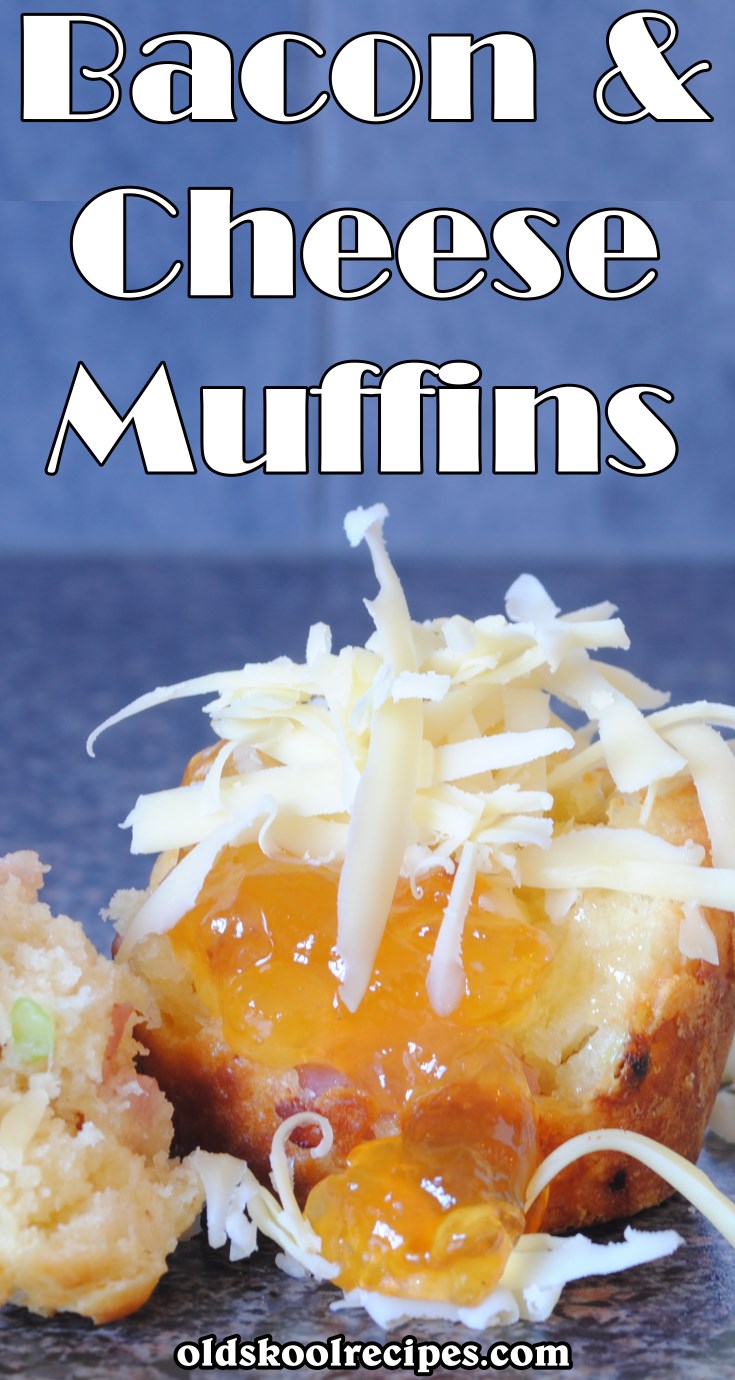